(1)
July is the month the Church has designated to devotion to the Precious Blood of Jesus Christ.  You can read more about this important and salvific devotion at this post on the Community of Catholic Bloggers.
(2)
We had a brief family vacation to New Glarus, Wisconsin.  Here are some scenes from that trip: 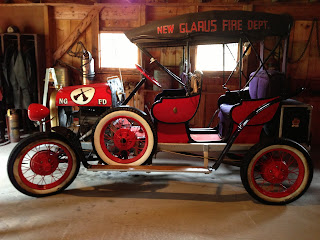 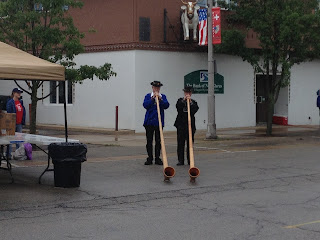 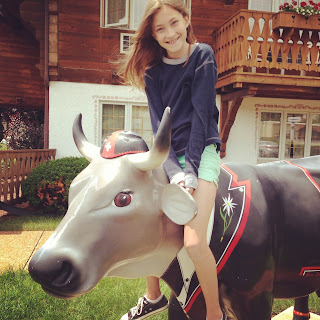 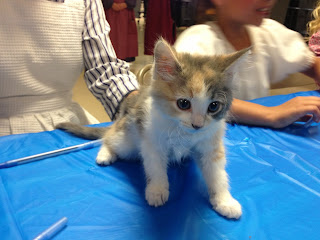 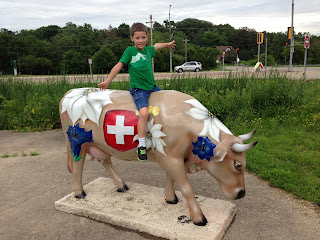 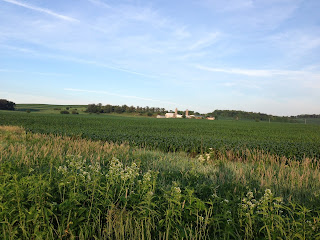 (4)
The number of students participating in our twice a month Witness for Life events has dropped off a bit in the summer.  Think part of it is the sleep-over parties and such that have them going to sleep between 2 and 4 in the morning.  Still it is a continued blessing to be part of this as I wrote about earlier in the month in this post.  Well the majority of the post is about the Name of the Lord, but there is a story in the midst of it about a young woman that was driven to a Chicago Abortion clinic for a surgical abortion and she would not go in, to the anger of her mother who drove her there.  The young woman was stuck without a ride home and I was blessed to talk with her for a while.  She is hoping for a boy!  It goes to a point I made in a post once that while "choice" is the slogan, there are many brought into the clinic under pressure, coercion by parents, step-parents, grandparents, boyfriends.  Some are in the midst of suicidal depression.  That occurred at the Planned Parenthood in Aurora on June 22.  A young woman texted her boyfriend, "I want this baby inside of me killed, and then I want to kill myself."  You would think the Planned Parenthood "counselor" would find it unethical to allow this woman to sign and have a life ending "procedure" in this state of mind.  Unfortunately, I don't know what happened next, but I think the woman was allowed to have that child inside of her killed despite her being of unsound mind.
(5)
Here are two videos put together for our school's pro-life club. They might not be viewable on iOS devices.
﻿
If you can't see the video, try this link: http://youtu.be/ejofaurW_i8

If you can't see the video, try this link:  http://youtu.be/wfb7FdStCH4

In case anyone wants to make a small donation to help with gas and getting more signs, here is a link - please select the "Live Pro Life Group".

(6)
﻿
I was blessed to take part in the Pro-life Action League's Face the Truth Tour.  Here is a video that explains what the tour's purpose and methods are about:
My husband encouraged me to assist with our school's Pro-life club, but he is not a fan of the graphic pictures campaign.  The campaign occurs once a year, and I remember when I had young children and the pictures were on display in the Wisconsin Dells where we were vacationing.  I looked but I told my children not to look.  I was not going to take my two older children unless they wanted to go.

If you can't see the video, try this link:  http://youtu.be/-UT5zSsHxA8
I participated in 5 of the sites during this year's tour.  Personally I experienced feeling a bit nauseated during the first event I held a sign, to then arguing for their importance during ﻿an event in front of the Art Institute of Chicago three events later.  Here's what I posted on Facebook after the Chicago events:
Great experience participating in the Face the Truth Tour today. I still am disgusted by these graphic pictures but you'd be surprised how many thank us...even buying cold water for us, for showing the truth of what happens to an unborn baby in an abortion. I had really mixed feelings about doing this but when you think most know about Hitler and the Holocaust because they saw pictures of thousands of emaciated dead bodies stacked like wood, but few know that Stalin killed 10 times as many because they never saw pictures. Attending a Ukrainian Byzantine Church, and only learning after attending there of the 25-30 million Ukrainians, starved by Stalin, convinces me showing pictures of the truth is critical. How do folks vote for politicians who call crushed skulls and limbs torn from baby bodies without anesthetic women's health and a reproductive right? I hope they don't after they see the pictures. One black gentleman said our signs just turned him Pro-life. Another said seeing the signs 13 years ago (during the 1st Face the Truth events) saved his daughter from being aborted. He couldn't believe he and his girlfriend were planning to do that (what was portrayed on the signs) to their beloved daughter. Praise God for giving me the opportunity to participate. God bless all those who organize and participate and all that support us.

This isn't for everyone, and personally, I still think it is most important to reach the women going into the clinics by being there praying and sidewalk counseling, and by contributing to the funds of Crisis Pregnancy Centers and those that provide residency and medical care to women in crisis pregnancies.  As the woman who argued with me repeated (and to which I did not disagree), "You reach people through love."  Those women walking in need to know that God loves them, and that we his children will provide evidence of his love and care so that the woman and her child can experience that love through our gifts.

It is important though.  It is just once a year too, and these pictures do stay with people to be a counter to the lies of the other side.
If you want to donate to provide water to those participating and gas for the trucks carrying the signs around, they welcome even a donation of $5, here is the link.

The most awful image displayed in the tour is that of a severed head of an infant.  There were two of these images about 20 feet from each other on the opposite side of the street from me in front of the Art Institute of Chicago.  In between there, three counter-protestors had a spray-painted sheet that said "Abortion On Demand Without Apology".  They also chanted this.  As shocking as the graphic images are, to see those words---"without apology" and hear the chant between two images of a baby's head, with hair on it (must have been 22+ weeks I think), with the brain stem there, but the lower jaw not - that awful image of the reality of late-term abortion, and then to hear "without apology" . . . well it is inhumane, and perhaps, if you are "in the light" (see 1 John 1:7) evidence of the power of darkness and what happens when a person's heart is hardened.
(7)
My favorite Bible Verses this week, as I was preparing to go participate in the Face the Tour Events:

"Do not fear, for I am with you, do not be afraid, for I am your God; I will strengthen you, I will help you, I will uphold you with my victorious right hand." (Isaiah 41:10)

"But you, beloved, are not in darkness, for that day to surprise you like a thief; for you are all children of light and children of the day; we are not of the night or of darkness. But since we belong to the day, let us be sober, and put on the breastplate of faith and love, and for a helmet the hope of salvation. For God has destined us not for wrath but for obtaining salvation through our Lord Jesus Christ, who died for us, so that whether we are awake or asleep we may live with him.


Therefore encourage one another and build up each other, as indeed you are doing."