Back at the Front 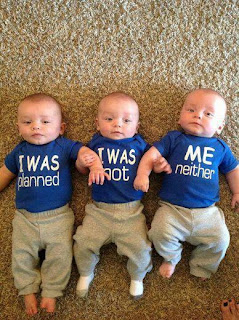 Yesterday morning it was chilly and windy.  Still there was no question I was going to the "Witness to Life" at the Planned Parenthood Aurora with my kids' school.  Before I went my youngest was asking me how come I went so often.  He also said he knew why they made so much money killing the babies.  It was because, "The babies are worth more than millions of gemstones."

We didn't have a great turnout kid wise.  We almost had as many chaperones as kids, but we did have three new kids, 7th graders, come for the first time.

Sadly it was very busy yesterday, and there also seemed to be larger percentage of teenagers going in.  My "sidewalk counseling" position was on the side of the Planned Parenthood driveway that most cars turn-out of exiting the parking lot.  I saw the girls in particular crying.  I saw a woman in her 20s scrambling for her cigarettes as if that would make her feel better.

Because we were down in high school girl attendance, only 1 this time, I was the other primary counselor.  At this site, it is more parking lot yeller than counselor.  It was the first time I took this role as part of this is to give the girls the chance to act on their faith and love in a supported setting before they graduate high school, so they'll have the confidence and experience to do this in life.  So I usually just stand near-by, encourage them, keep them safe from traffic and any rude passer-bys.

Today was my turn though.  I was reading and posting scripture on the drive down, and felt strengthened by the Holy Spirit to make the most of my opportunity.  I've been going on these visits for 14 months now and this was the first time it was my role.

The window of opportunity for loudly speaking words that you hope will prick the mind, heart, and conscience of a woman, her friend, mother, father, grandmother, boyfriend are very brief.  It is also quite challenging as we know from personal experience when you are in pain you turn inward.  We also know from experience and scripture, that when one has made the decision to do evil, and suspend conscience and guilt until the follow-through is complete, you do not want to encounter anyone trying to get you out of auto-pilot and back into thinking with the better part of your God-formed mind and soul.

Also, as we were discussing on the bus, despite what Time magazine says about the pro-choice side losing, there is an increase of people that have had their thinking transformed by evil.  More and more we are encountering pro-choice advocates who acknowledge what is being destroyed is not a mass of fetal tissue, but a human pre-born baby, and their position is that life being extinguished is acceptable under various circumstances.  They'll begin with the emotionally charged circumstances of rape and incest (less than 1% of all abortions) and then increase it to include financial, emotional, relationship health of the mother.  This reminds me of a quote from a father who had incestuously abused his daughters over a long period of time, that the evil was so strong he believed that what he was doing was good for them and evidence of his love.

Similar, isn't it, to those who accuse us of intolerance and lack of compassion, when we consider ourselves to be the ones trying to defend life?  As I once explained to an anti-legislation Liberterian, if you as a parent or an uncle would be moved to action if your son or nephew were getting bullied and injured in the school playground and those in charge were doing nothing, turning a blind eye that it was some kind of social Darwinism or some other concoction to support their inaction and cowardice, so are we motivated to come out here in the face of legalized slaughter of innocent babies within the wombs, while our officials, many of them shamefully "Christian" or "Catholic" in their belief system justify its continuation and tax-supported funding (Planned Parenthood received $500+ million funds in 2011 while earning $1 Billion in profits).

The first moment for yelling something is when the car initially turns past you, to say something loud enough that it can be heard over the speaker.  Usually I can only get out, "If you are here for an abortion appointment today, we are here to help you.  There are other options.  The Waterleaf Women's Clinic is only a block and a half away and everything there is free."

Then you vigilantly wait until they emerge from their parked car.  Many times they try to park as far away from you as possible so as to not have to see or hear the pro-lifers across the street from the parking lot.  Far away is actually good, because then there is time to fire more comments, again - meant to prick the conscience and heart of those walking in.

Yesterday I said these things, not all of them with each woman walking in, just as they popped into my mind, praying and trusting the Holy Spirit would give me the words, better than a script:

"The joy and love of holding your newborn baby cannot be surpassed in this life."

"Planned Parenthood lies to you and to the public.  If you are here for an abortion appointment, we are here to help you.  There is women's center a block away, privately funded to help women choose to give their baby life, instead of death inside this center."

"90% of all women regret their decision to have an abortion.  If you care about your daughter, friend, girl friend, please get encourage her to reconsider."

"Women aren't the only ones wounded by abortion.  Men too are wounded and regret lost fatherhood."

After one woman gave me the finger quite strongly out her window while turning in I yelled all the louder as she was turning onto the sidewalk toward the escorts and the door, "Your baby, your little girl or boy, could have your smile, your eyes, your laugh. This is a life-ending and life-altering decision that you cannot undo."

Something about her belligerently giving me the finger gave me the fire to hit her with the strongest thing I thought I could say.

A gentleman that is in the field across from the center every Saturday yelled over to me, "Wow, a strong voice."  I let him know I was a basketball coach.  A strong voice is good for coaching and last minute defense of life witness.

On the more humble side, not everything came out of my mouth as smoothly as it does my keyboard now.  I wasn't studdering, but it was not in any means a smooth delivery.  There is this time pressure.  They want to get in and away from hearing you, and you want to get as many messages out as you can so that when they go in one of them will resonate and change their mind.

When the women come out after having an abortion, we try to let them know that we are still here for them.  I yelled,

"If you just had an abortion, we are here to help you.  Please get this counseling phone number.  There is healing and forgiveness."

"There are other women who have experienced the pain and grief you are going through, and they want to help you with Post-Abortive Depression.  Please stop and we can give you the information."

"If your daughter, grand-daughter, girl friend, friend is suffering, please look up Project Rachel, if you won't stop.  It can help her find healing and forgiveness."

Still very much aware of my inadequacy, which is why I kept praying the Jesus prayer for the women, the escorts, clinic workers, and all those working with me to defend life.  It is a consolation to trust in the power and effectiveness of God.  Of course I was also praying that the walls of the monster center would fall into rubble and gravel like the walls of Jericho as I was leaving.  Even just a small earthquake tremor would have been nice.  But that is my fallen nature.  Wanting to see God's action externally rather than trusting the same Holy Spirit that loves and strengthens me was also pursuing those on the other side of the private property line.